The Inn of the Kneeling Man is a quiet country inn sitting on the southern bank of the Red Fork, a little north of Stone Hedge. Its lower storey is built of the same grey stone quarried for the walls of the Bracken castle, its upper floor is whitewashed wood and its roof is slate. It is decently sized and well-stocked, with an apple orchard, granary, stable and brewhouse. Their ale is well known in the area.

It was built upon the site of King Torrhen Stark, the last King of Winter, pledged fealty to the invading Aegon the Conqueror 300 years ago. The kneeling king is both the inn's namesake.

More small locations are in the surrounding countryside, also owned by House Bracken. These include Old Pate's cottage, the fishing village of Mory, and the stone towerhouse guarded by Ser Warren. 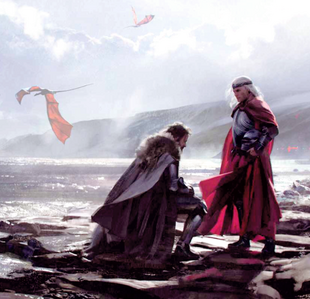 King Torrhen kneeling to Aegon the Conqueror, on the spot that would eventually become the Inn of the Kneeling Man. 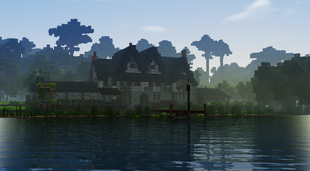 The inn on a misty morning. 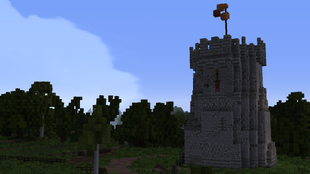 Ser Warren's towerhouse, overlooking pastureland and a stream crossing of the river road. 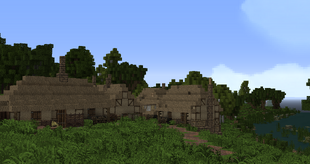 The fishing hamlet of Mory on the banks of the Red Fork. 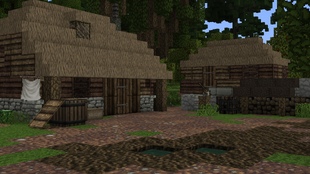 Outbuildings at the Inn of the Kneeling Man. 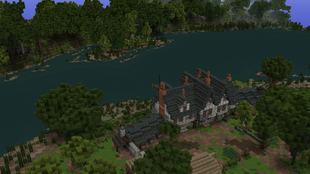 A bird's eye view of the inn. 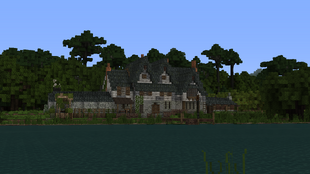 The inn on the riverbank. 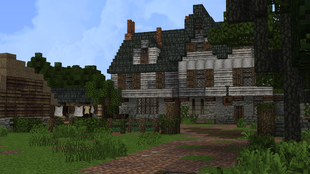 The front of the inn from the river road.
Add a photo to this gallery

The original application was approved on the 4th of October, 2015. After completing the inn and its surrounding forest, Discs added an appendix to the application to request permission to also build the surrounding landmarks of Mory, Ser Warren's, and all the fields and forests in between. The project was completed on the 17th of the same month. (See Forum) The build replaced a very old version of the inn built sometime in 2012 still visible in Old Westeros.

The inn was inspired by fan art of the location, as well as some real English country pubs. 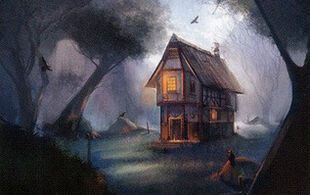 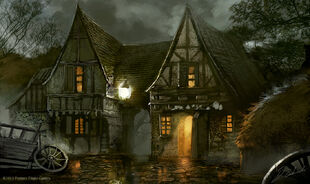 Add a photo to this gallery
Retrieved from "https://westeroscraft.fandom.com/wiki/Inn_of_the_Kneeling_Man?oldid=8148"
Community content is available under CC-BY-SA unless otherwise noted.